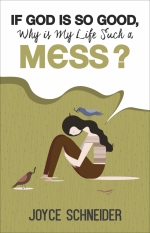 The Israelites were constantly disobeying God, and as a result, they were consistently struggling with their enemies ( Judges 6). This little guy Gideon was hiding from the Midianites, Israel’s enemy. He was actually threshing wheat in a wine press so his enemies could not find him. I think he was just a little guy, because when the angel of the Lord came to him and called him a mighty warrior, his response was that he was the least in his family! I’m sure he was thinking, Who, me? I’m a nobody. I’m the runt. But in God’s eyes, he was a mighty warrior.

But Gideon also had a question for God when the angel told him that the Lord was with him (v.12): “‘Pardon me, my Lord,’ Gideon replied, ‘but if the Lord is with us, why has all this happened to us? Where are all his wonders that our ancestors told us about when they said, “Did not the Lord bring us up out of Egypt?” But now the Lord has abandoned us and given us into the hand of Midian”  ( Judges 6:13).

That seems to be a fair question. And one I have asked God. If you are so good, why are things such a mess here, God? Why is my life such a mess? Have you ever asked  God that?

God didn’t get mad at Gideon for questioning him. Nope, he just told him to go forward with what he had and God would do the rest. God told him, “I will be with you and you will strike down all the Midianites!” (v. 16).

God loves to use the weak, to defeat the strong. He wanted Gideon to know that he was with him. With God, nothing is impossible. With God, we can do all things because he gives us strength. We have to step out in faith,  and God will do the   rest!

In the beginning, Gideon believed a lie: he wasn’t big enough to be a warrior. And yet the Lord used him to defeat the enemies of Israel, and Israel enjoyed peace for 40 years because of Gideon’s faith in God.

He was willing to change his beliefs to step into the destiny that God had for him. What are you believing today? What label have you or someone else placed on you? Are you too young, too old, too fat, too thin, too tired, too shameful, too…? 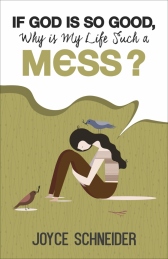 I had never wanted to go on a mission trip. In fact, it was the one thing that I asked God to not make me do. I loved him. I wanted to serve him, but weren’t there enough people in Naples, even in Florida? Golly, I’d even travel around the United States if he wanted. I just didn’t want to go outside the country. It was out of my comfort zone, in a big way!

But one day a friend asked me to go to Costa Rica with her, and I heard God telling me that this was for me, that I was to go. And so immediately I said, “Okay.” I felt like there was someone there I was supposed to meet; I  was going for the  one!

I got my passport, and three weeks later, I was headed to Costa Rica. The first morning upon getting there, we headed off to the local hospital to minister to the patients. It took quite a while for the administration to decide to let us in, but there is never a moment wasted with this group. The hour was spent in the waiting room of the hospital, singing praises to the King. When it was decided it was okay for us to visit the patients, we headed off to the maternity ward. There were precious new bundles of life every- where and mothers about to give life.

One soon-to-be mother brought tears to my heart when she explained to us that she was in the hospital waiting   to find out if her unborn baby was still alive inside her. My heart caught in my throat as I remembered the pain of finding out that Chance was no longer alive, and I prayed fervently that she would not receive that same message.

We met several young girls, only sixteen and already mamas. The age of all the women in the ward we visited was very young. Motherhood came early to these young women. We prayed for blessings, health, favor on to their lives and the lives of their little ones. It was a sweet time.

After the maternity ward, we had a choice to go to the oncology or surgery floor. We chose oncology. We prayed for several men who were suffering various ailments, and then as we were standing outside a room, determining where we should go next, a young woman approached us. Would we come quickly and pray for her brother? He was dying. He had decided that he didn’t want to live any longer. His wife had left him, and he could not face the pain of her departure. So he decided to take his own life by drinking some sort of poison. The doctors said he would die that day; his organs were shutting down.

We followed her down the hallway, and there we  were met by such a sad sight. Her brother, Domingo, was shaking like a leaf, and sweat was pouring off of him. His eyes were wild with fear, and the smell of death was in the room. We approached him and explained to him that we wanted to pray for him. He had changed his mind and he did not want to die. He now wanted to live, but death was overtaking him, and he was panicked and afraid.

First we asked him if he wanted to receive Jesus into his heart, and he said yes. We led him in a prayer of salvation. Then we started praying for healing over his body. As we prayed, you could see the peace of Jesus overtake him. It was something to watch. The sweating stopped, his eyes calmed, and he began declaring the power of Jesus in his  life. He declared healing and hope and that he would tell the world what Jesus did for him. As his mother and sister watched the life flow back into this man, their tears turned   to smiles. When we left, he was praising God for healing and hope in his life.

I know I probably can’t convey the depth of the emotions of that event, but know that it  was  truly  a  miracle from Jesus that we were allowed to see in that room—the healing hand of the Lord in action, right before our eyes. So humbling, so amazing.

When I returned to the hospital the next day, Domingo was sitting up in his bed, a little sick to his stomach, but definitely alive and well. Thank you, Jesus! 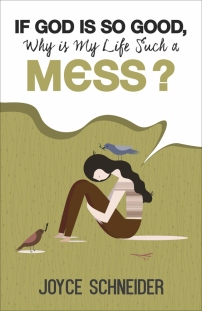 There is a time for everything, and a season for every activity under heaven.  –Ecclesiastes 3:1

Do You Want to Be Healed?

One day, Jesus was in Jerusalem at one of the celebrations. He happened upon a man who had been crippled, an invalid, for thirty-eight years.The guy was hanging out by a pool with a bunch of other guys who were disabled. There was a belief that at certain times an angel would come down and stir the waters of the pool, and whoever got into the pool would be healed. Jesus asked the man, “Do you want to be healed?”       ( John 5:1–9)

Sounds like a silly question, doesn’t it? The guy has been an invalid for thirty-eight years. Of course he wants to be healed. But what was his answer? “No one will help me.” He made an excuse, but he didn’t really answer the question Jesus asked.

Maybe he had a false belief system. Maybe he believed a lie? Maybe he felt like he wasn’t good enough to be in the pool. Or he was a victim who couldn’t get into the waters because he had no one to help    him.

How many times has Jesus asked us if we want to be healed and we make excuses? Maybe we have  a  wrong belief system.

We might say,“I know I would feel better if I ate healthier, but I just don’t have time to cook, I’ll just get fast food.” Or, “I know I should exercise more, but I’m just too tired when I get home from work.” Or maybe we are still blaming our parents for the way our lives turned out thirty years later. It’s their fault we are the way we are.

The list is endless really. We all are broken, in some respect. So the big question is, are you willing to change? Will you say today, “I will believe, I will receive, I will pick up my mat”?

Maybe you feel like physical healing isn’t for today? It was okay when Jesus was walking around healing, but Jesus isn’t here today, is he?