FOR ALL TREE OF LIFE VOLUNTEERS!

Join us for a night of fun and fellowship!

Gratitude is too easily forgotten  in this  me-first society; a world  bent toward a sense of personal entitlement.  Even in the world of churchdom,  it’s easy to blow off expressions of gratitude; after all they are doing this for God, aren’t they?  While that’s the motivation we’re praying for, it doesn’t excuse any of us from being grateful people; reflecting and expressing personal value to others, at every opportunity.

Here’s a few ideas to show thanks to others- guests, members, volunteers and staff, and family:

Look people in the eyes when you share how much you value them.  Let them know you are sincere.  Let them see God’s love through you!

There is an old saying, “People who live in glass houses, shouldn’t throw stones.”  I was reading a story in John the other day where Jesus made a similar statement.  He had been teaching in the temple, when the religious leaders brought before him a woman caught in the act of adultery.  They wanted to know what punishment the woman should have.  The Law of Moses commanded that she be stoned, but Jesus came to bring repentance to sinners; to save them, not destroy them.

The religious leaders were trying to entrap Jesus, to put him between a rock and a hard place.

Jesus encouraged the crowd who were pointing fingers at this woman to look inside themselves.  He urged whoever was without sin in their life to throw the first stone.  And no one could.  One by one, they turned and walked away.  When it was just Jesus and the woman left, he asked her if anyone had condemned her.  She said, “No.”

Jesus didn’t condemn the woman, nor did he condone what she had done.  He implored her to move on … and stop doing what she had been doing.

And when others mess up … I need to not throw stones … but take a good hard look at myself.

Father, thank you for this lesson.  Teach me how to keep myself clean and clear; to not throw stones at others.

I Love You Jesus!
In your name I pray,
Amen

God’s Blessings Upon You!

Thank you to all the Volunteers who participated in the Harry Chapin food giveaway Thursday morning, here at The Life Center.

Over 12,428 pounds of food were given to more than 450 households.  What a wonderful blessing to be a part of.

As one Volunteer shared with us, “I wish I could do this every day!” 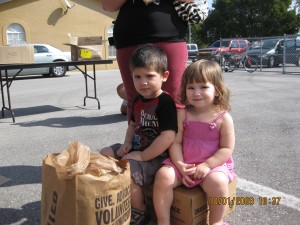 Living out the scriptures, “The King will reply, ‘I tell you the truth, whatever you did for one of the least of these brothers of mine, you did for me.’” (Matthew 25:40) 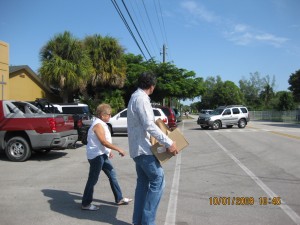 It was a blessing to bless the community … Thank you again to all who gave of theirselves to bless others!

Gracie Scala has a heart to serve.   From her first Church Supper – WOW event she realized the blessing that came from serving others and she’s been a huge part of  The Tree ever since.  Whether she is grilling hotdogs on a hot day, cutting watermelon for hours or brewing coffee on a Sunday morning, there is always a smile on her face.  Gracie exemplifies the heart of Jesus.

This month we honor:

As you come to him, the living Stone—rejected by men but chosen by God and precious to him— you also, like living stones, are being built into a spiritual house to be a holy priesthood, offering spiritual sacrifices acceptable to God through Jesus Christ.  (I Peter 2:4,5)

We are so thankful for all that Gracie does … Thank you Gracie for being a Living Stone for Jesus! 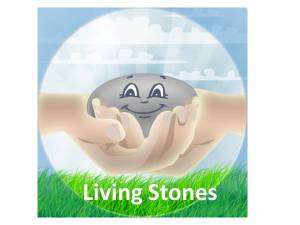